We'll pass on the canned pudding, but Fun Dips and Blow Pops are pure nostalgia.

The '70s may seem far away, but the themes of social unrest and living a little more simply are in the air today. While we might not be dancing to disco and wearing bell-bottoms, we wouldn't turn down a pot of fondue no matter what decade it is.

A big trend in the 1970s? A lot of new sugary snacks hit the shelves, some of which are still popular and some not so much. People were also very into TV dinners and frozen snacks. Let's boogie down memory lane for a look at these 1970s foods.

And for more nostalgia, don't miss these 35 Snacks From Your Childhood You Forgot You Loved. 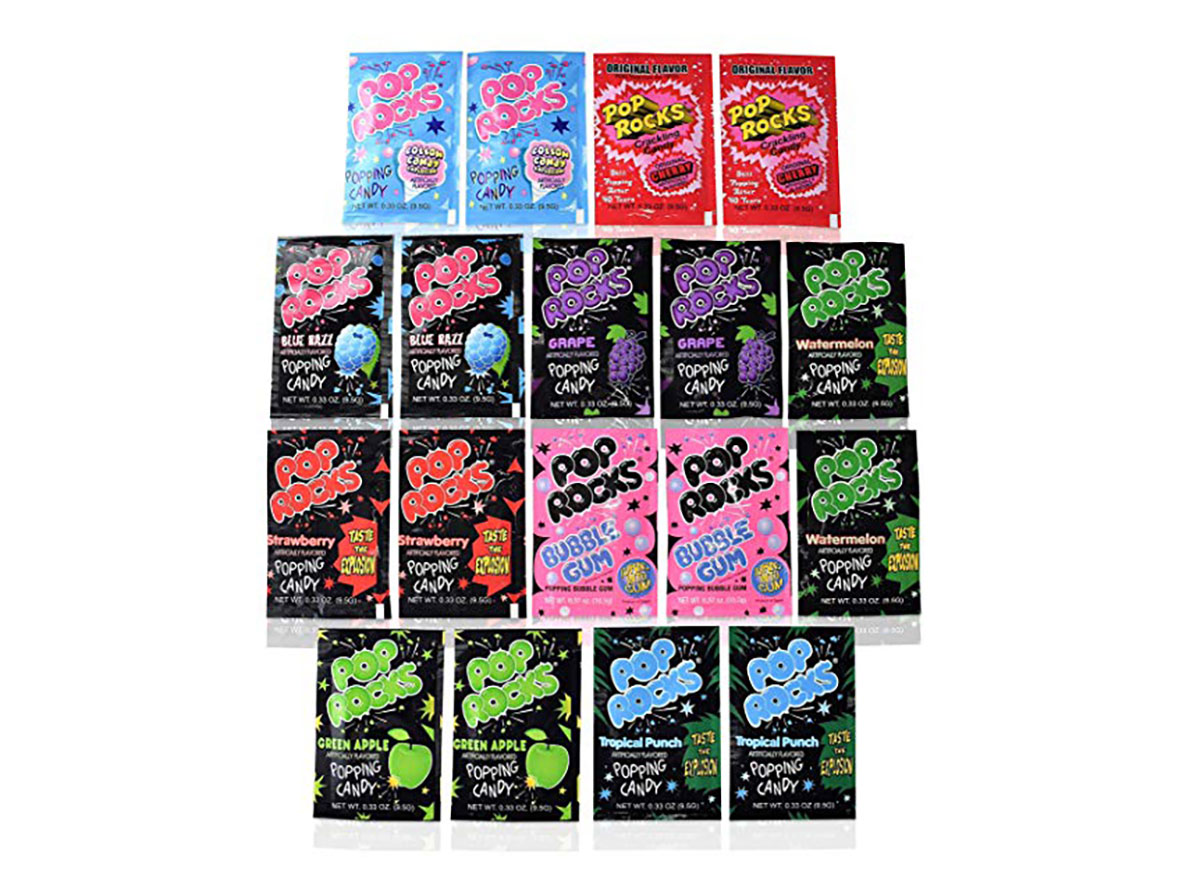 These candies, which hit the shelves in 1975, felt like they were sizzling on your tongue. Kids of the '70s might remember the urban legend that if you ate these and drank soda, your stomach would explode. 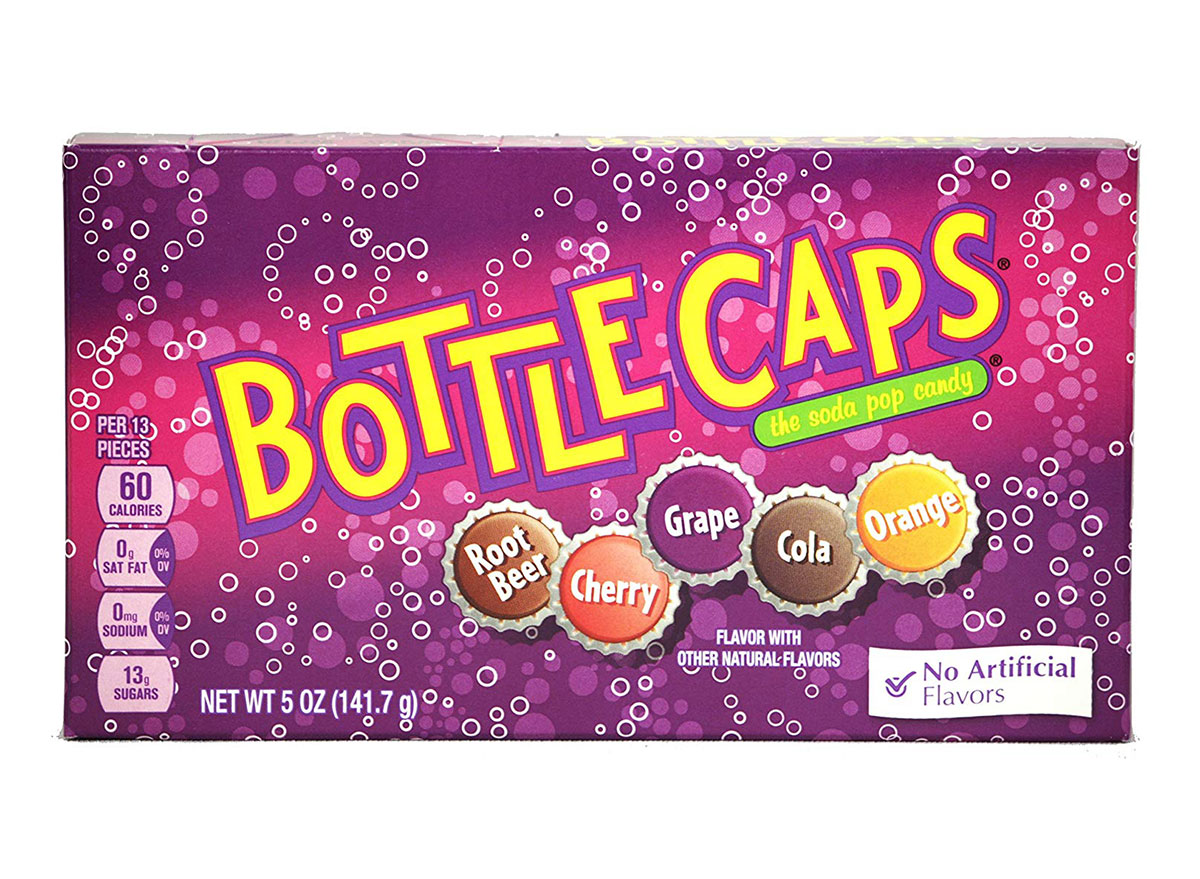 These pressed sugar treats (some might say chalky) were meant to have the fizziness of soda combined with the tartness of SweeTARTS. Mostly, they had lots of sugar. 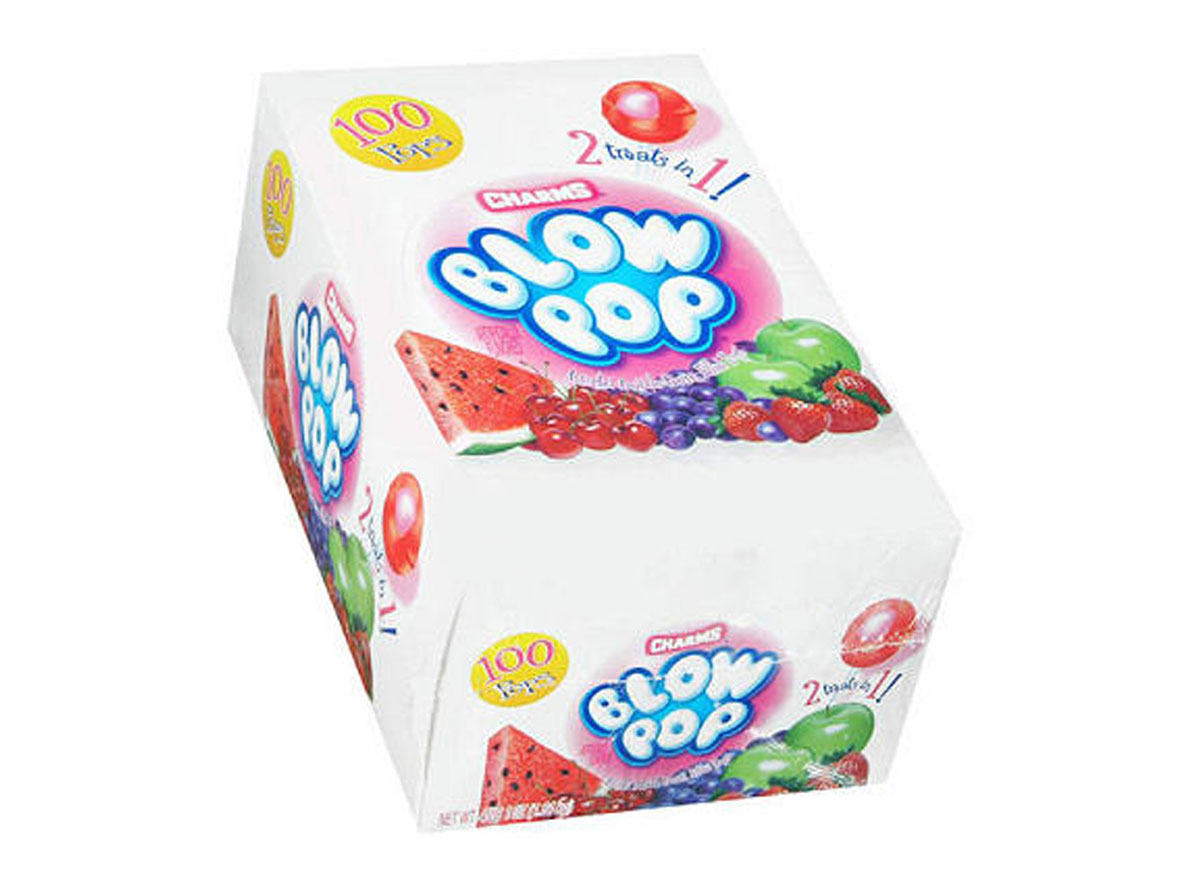 Debuting in 1973, these lollipops, which are still popular today, combined two things kids love: sugary hard candy and low-quality gum. While an eight-year-old you might have loved them, today they might be a little much for your adult palate.

And if you're looking for better versions of your favorite treats, don't miss these 25 Healthier Versions of Your Favorite Childhood Snacks.

You know those cute pudding cups you find chilling in the cold aisle near the dairy? The 1970s precursor to those is far scarier: shelf-stable pudding in a can.

Pop one of these in the oven, and in 40 minutes you'd be peeling back the tinfoil on your fried chicken or turkey and gravy dinner right when The Brady Bunch started.

The '70s were all about convenience, and Wrapples made creating caramel apples easier with sheets of caramel you just wrapped around the apple. Most kids just ate the sugary caramel sheets (you know you would). 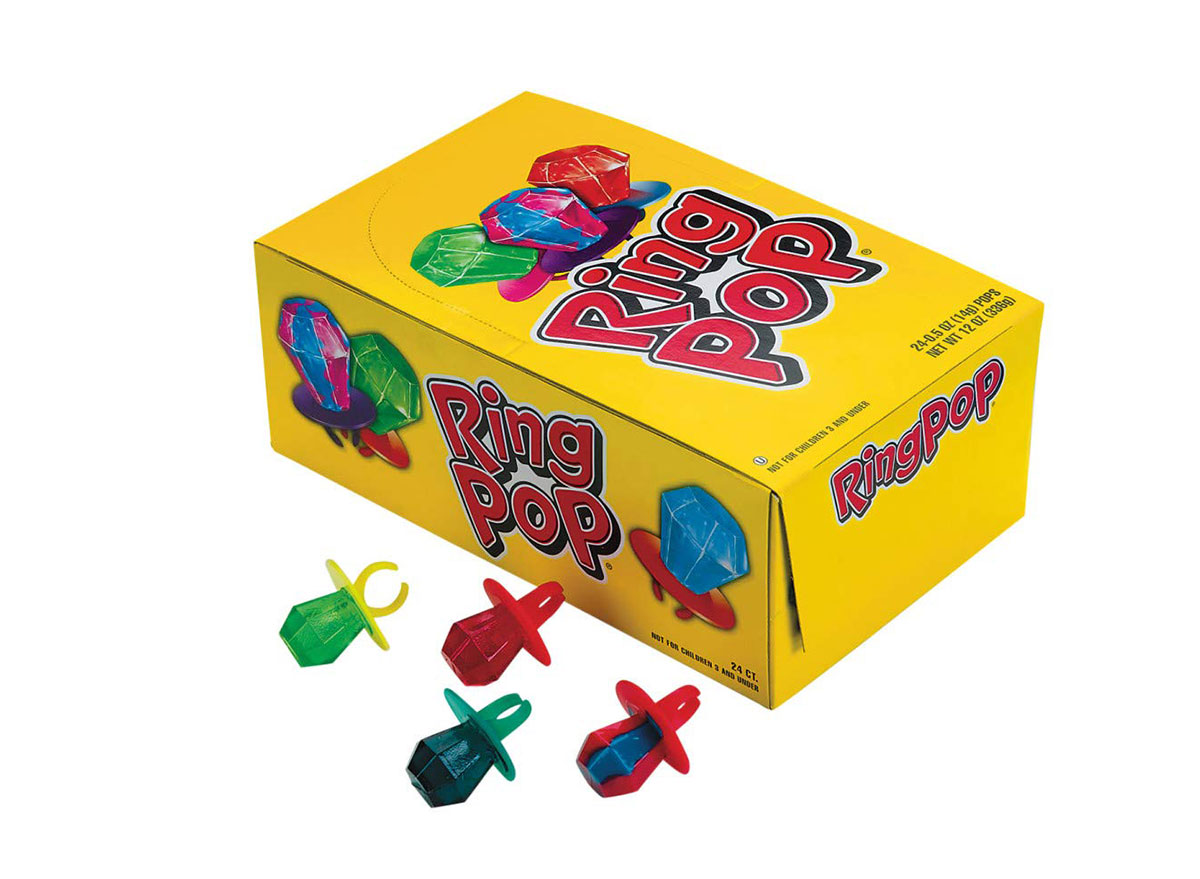 While rocking out with your Ring Pop looked pretty cool, the reality of your hand covered in sticky sugar as you tried to get every last bit of candy off the ring was actually pretty gross.

And for more nostalgia, don't miss these 15 Lunchbag Staples from the 1970s You've Totally Forgotten About.

While this minty, cool treat was available before the '70s, the groovy decade is when distribution widened, delivering the candy to melt in the bottom of moms' purses across the country.

A precursor to the far cuter Goldfish crackers, these bite-size, cheese-flavored crackers were a hit in the '70s. 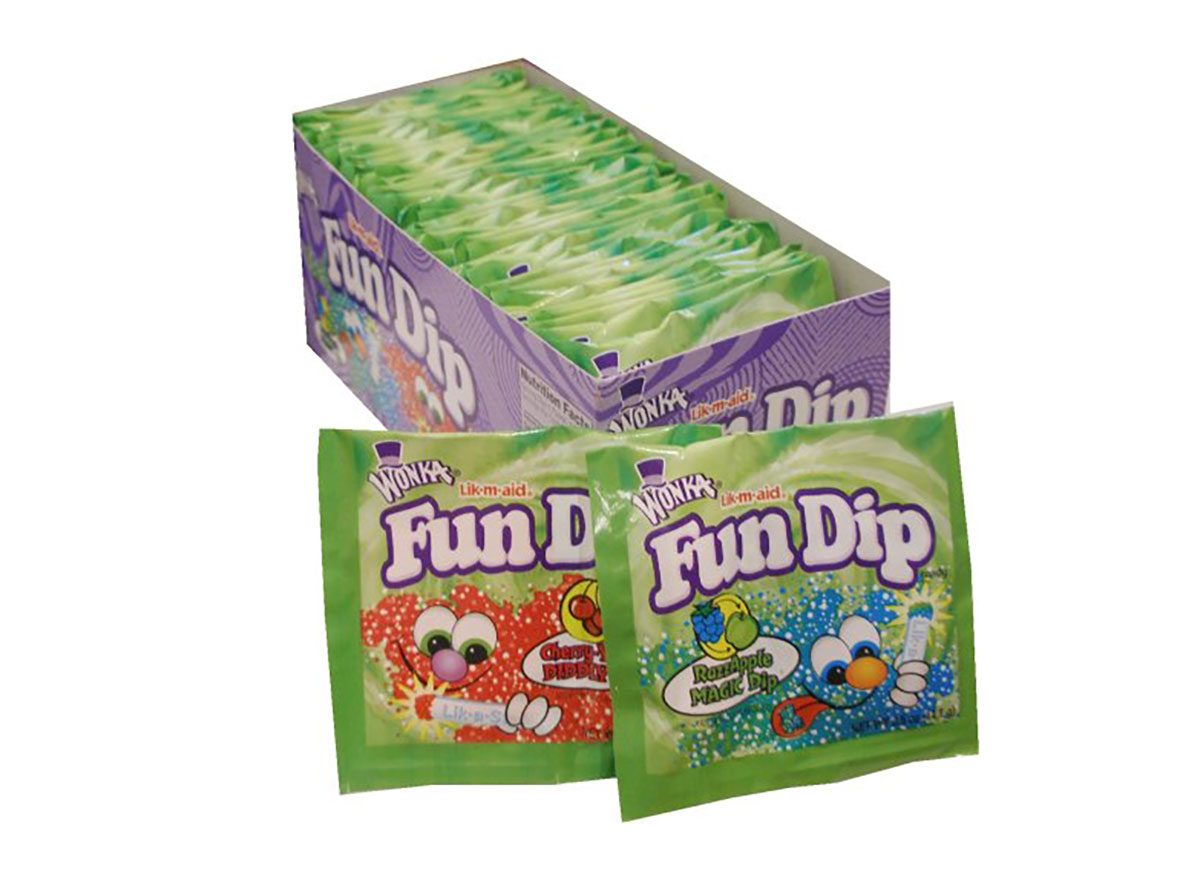 This candy was basically Lik-M-Aid, but in the '70s, they came up with the idea to add a candy sugar stick to deliver the flavored bags of sugar to your mouth. Totally normal.

In the days before microwaves, these little packs of noodles and dried powder were cooked by boiling water, which made for an easy—if strange—lunch.

While the vanilla flavor had been around for years, in the 1970s, the jaw-busting candy introduced chocolate and strawberry flavors—that tasted pretty much like vanilla.

Introduced in 1971, this peanut butter spread came in cinnamon, vanilla, banana, and chocolate flavors. It was described as a "less sticky" peanut butter.

An entire eight inches of braided caramel covered in chocolate, this bar was marketed as taking a long time to eat—it's a marathon!

This short-lived, apple-flavored soda was introduced in the late 70s and was touted as being "crisp and refreshing."

And to keep the nostalgia going, here are 33 Super Popular Snacks From Your Childhood That Are Discontinued.

Tanya Edwards
Tanya Edwards is a seasoned food and health journalist, who has held roles at Yahoo Health as Managing Editor and at Food Network as Programming Director. Read more about Tanya
Filed Under
Candy // Groceries // Snacks